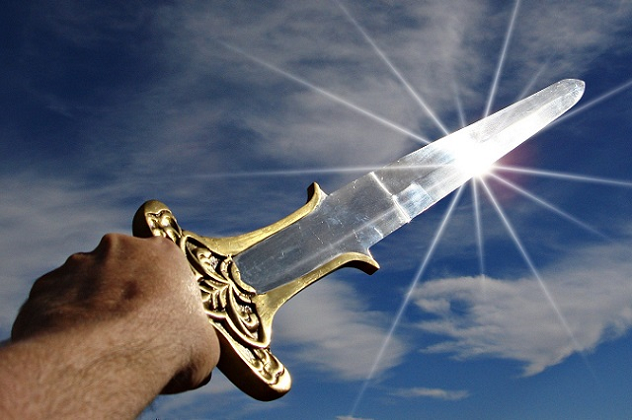 A while back I wrote Heroic Feats. While I still like this article very much, I noticed some flaws in the wording of the feats. For example, I forgot to cap the maximum ability increase to 20 and things like that.

I also got some new ideas in the meantime. A new feat which lets you focus on certain types of melee weapons. Some weapons get a stronger upgrade than others but that is by intent. Also, a new fighting style which provides an often requested feature, at least in my group.

So, some new stuff, some old stuff with errata, and this time everything also in German.

Combat Expertise
Due to your rigorous training, you learned the intricacies of a particular fighting style. You gain the following benefits:

Heroic Swordsmanship
Many renowned heroes and adventurers prefer the versatility of the sword. You follow their footsteps and gain the following benefits:

Natural Aptitude
You just have a knack for one of your acquired skills. You gain the following benefits:

Weapon Specialist
You dedicated yourself to mastering one specific type of melee weapon. You gain the following benefits:

Paladins add Phalanx Fighting to their option list of Fighting Styles, while Rangers add Tempo to theirs. Fighters add both styles to their list.

Phalanx Fighting. You may wield a two-handed reach weapon in one hand. While doing so, the weapon’s damage die is a d8.

Tempo. You are proficient in Initative which means that you add your proficiency bonus to Dexterity (Initative) checks.