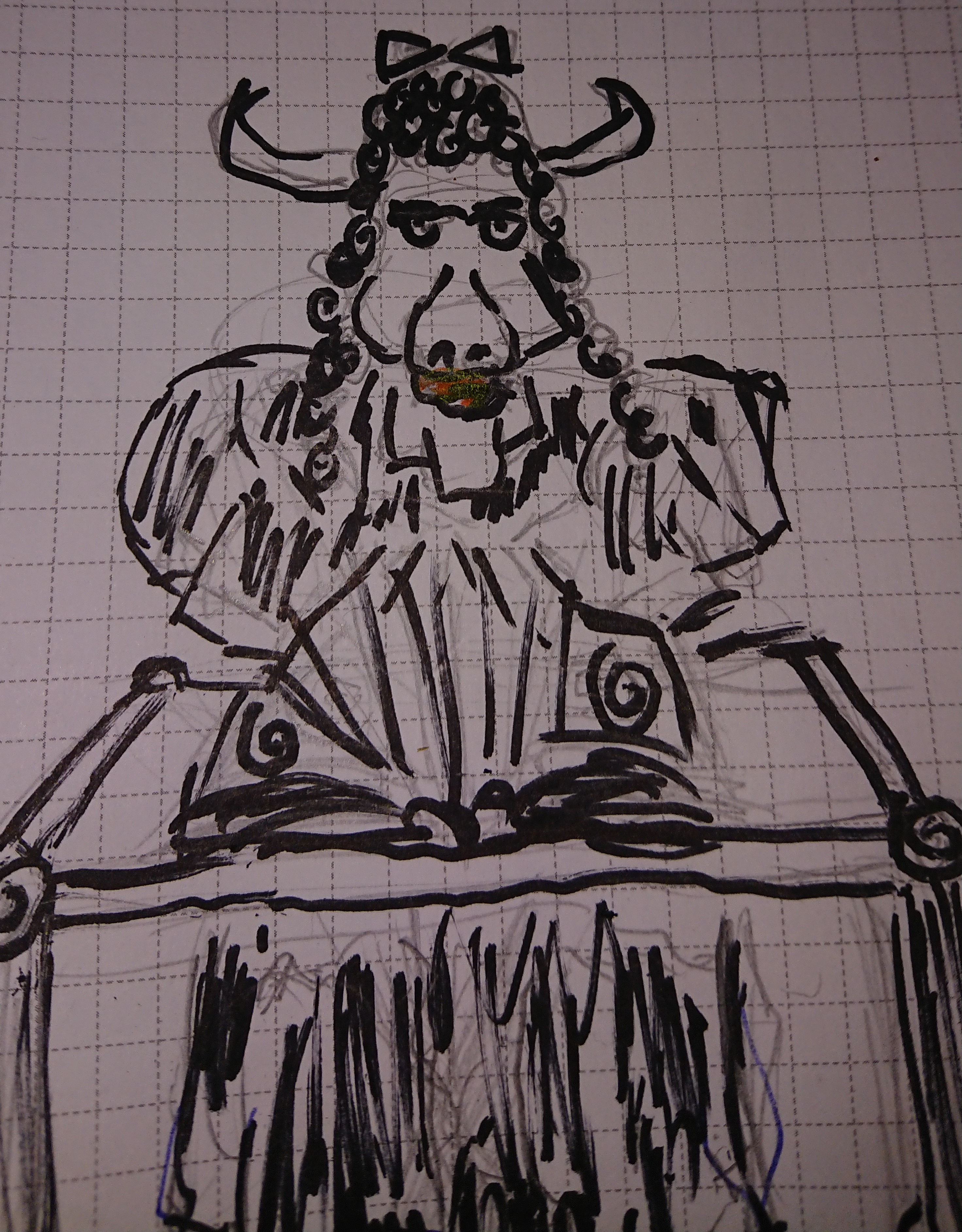 This is a “monster” for the delightful Troika! as written by Daniel Sell and illustrated by several amazing artists (Jeremy Duncan, Dirk Detweiler Leichty, Sam Mameli, Andrew Walter). I wrote this after feeling spurred on by the Moss-eyed acephalus from Jakob Schmidt/Rumpel/Swansosaurus to contribute something to this wonderful game.

Black-robed, sharp-witted and wearing illustrious ceremonial wigs, Minotaurs (and Minovaccas) love the sound of their bleating voices. Creatures of the Troikan Bar Council, they are raised among stacks of legal treatises, seas of parchment and the ever-present smell of freshly spilled ink to become any world’s supreme jurisprudential minds. No argument is too irrelevant or irreverent for them to make, and they will do so at-length and full of derision.

Special
Their non-sequiturs are hard to follow and even harder to counter. Unless the PCs can prove their argument using (made-up) numbers, they need to test their Luck when first engaging in an argument with a Minotaur. If they fail, their eyes (or ontological equivalent) glaze over and they fall into a torpor for D6 rounds trying to disentangle the Minotaur`s arguments. Others can use their action to join the argument, allowing their bedazzled fellow to gather their bearings and snap out of it. While certainly a morally commendable act, joining the argument this way leads to them also falling victim to the Minotaur’s circuitous logic. They have to test their Luck or suffer from the Minotaur’s rhetoric as above.